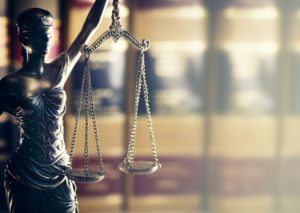 A good source of information regarding federal laws that protect workers is the following list of federal agencies charged with the enforcement of those laws.  In some cases, you can pursue resolution through these agencies instead of filing a lawsuit, and in some cases, you are required to file an administrative claim before proceeding to court.

If you file a charge, you may be asked to try to settle the dispute through mediation.  Mediation is an informal and confidential way to resolve disputes with the help of a neutral mediator.  If the case is not sent to mediation, or if mediation does not resolve the problem, the charge will be given to an investigator.

If an investigation finds no violation of the law, you will be given a Notice of Right to Sue.  This notice gives you permission to file suit in a court of law.

If a violation is found, the EEOC will attempt to reach a voluntary settlement with the employer.  If it cannot reach a settlement, your case will be referred to the EEOC’s legal staff (or the Department of Justice in certain cases), who will decide whether the agency should file a lawsuit.  If the EEOC decides not to file a lawsuit, it will give you a Notice of Right to Sue.

The Department of Labor (DOL) administers and enforces more than 180 federal laws.  Following is a brief description of the most common laws protecting employees.

The National Labor Relations Act (NLRA) protects workers who wish to form, join or support unions, or who are already represented by unions, as well as workers who join together as a group (two or more employees) without a union and who seek to modify their wages or working conditions.

The Immigration and Nationality Act, as amended by the Immigration Reform and Control Act of 1986 (IRCA) protects individuals from employment discrimination based on immigration or citizenship status and prohibits document-abuse discrimination.  For more information, contact the Immigrant and Employee Rights Section (IER) in the Department of Justice’s Civil Rights Division, which offers free and anonymous hotlines for workers with questions about their rights, and for employers who have questions about their obligations under the IRCA.  Calls can be anonymous and in any language: