What Workers Need To Know about Wrongful Termination 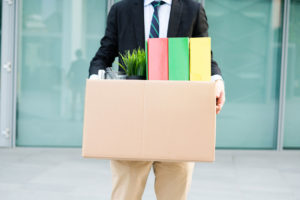 “I didn’t deserve to get fired.”

This is one of the most frequently heard quotes. We hear it from friends, family members, and occupational peers. We even hear it from ourselves, as we stare into the bathroom mirror wondering how such an accomplished professional received the proverbial pink slip.

If you talked to 100 people recently fired from a job, 99 of them would say they were wrongfully terminated. Yet, under federal employment law, the definition of wrongful termination is a very narrow legal term.

During orientation, you review numerous employer mandated policies that range from how to handle sexual harassment to asking for extended time off. One section of the employee manual that new workers typically forget about is the term at will employment. Most jobs are considered at will employment, which means employment is not guaranteed. Every state except Montana has at will employment statutes on the books. At will employment means an employer can terminate your employment any time, for any reason, except for cases of retaliation and discrimination. From budget cuts to subjective employee performance reviews, most workers are at the employment mercy of their employers.

The narrow definition of wrongful termination offers you just three reasons to file a lawsuit against an employer: violation of an employment contract, discrimination as covered under federal law, and retaliation for whistle blowing.

Here are the factors an employer cannot use to terminate you from a job:

Federal legislation enacted over the past 20 years has expanded anti-discrimination protection for workers. An employer cannot terminate you because of pregnancy or a disability. A growing number of states include gender identity and sexual orientation as part of anti-discrimination protections. For example, a transgendered employee in California terminated because of gender identity has a strong case to file a wrongful termination lawsuit.

The United States legal code prohibits employers from retaliating against employees for reporting suspected illegal activities. Originally enacted to protect employees from retaliation for reporting organized criminal activities committed by employers, whistleblower laws have expanded to include employees who report violations of the law committed by individuals. For example, an employee receives whistleblower protection for reporting a co-worker who violates one or more anti-dumping statutes established by the Environmental Protection Agency (EPA). Another protection granted employees under federal whistleblower laws involves informing an employer about an act that is in violation of company policy, such as theft or sexual harassment. Other protected activities include jury duty, medical leave, and serving in the military.

If an employer has wrongfully terminated you, file a complaint with the federally established Equal Employment Opportunity Commission (EEOC). The EEOC requires the filing of any wrongful termination complaint to occur within a set period after the termination. Contact an experienced employment law attorney to learn more about your legal rights in regards to a wrongful termination case.