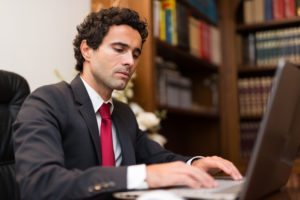 Many immigrants consider the naturalization test to represent the most difficult hurdle to climb of the citizenship process. After all, if a majority of legal American citizens fails the test, how can immigrants expect to seal the immigration deal by passing the same citizenship test.? The naturalization test measures immigrant knowledge of American civics, with questions that include understanding American history and the United States legal system.

Naturalization applicants must prove they possess English language proficiency. Although you do not have to be completely fluent in English, you must have the skills to read, write, and speak English effectively enough to hold down a job and interact within the community. The naturalization test does not include a formal section that tests your English skills. Instead, an officer of the United States Citizenship and Immigration Services (USCIS) conducts an informal review of your English proficiency. As the officer verifies the information on your naturalization application, he or she analyzes your ability to speak English. You can also expect to read a few sections of the application to confirm your English reading skills. The officer then asks naturalization applicants to write a few sentences in English. A lack of English comprehension prohibits immigrants from taking the next step in the testing process, which involves completing the civics test.

When Mariela Melero was 11 and her sister Maria was 16, the two daughters of immigrants spent considerable time preparing their parents for the naturalization test. Mariela, who now works for the USCIS, helped r parents study 50 potential civics test questions until her mother and father were confident enough to pass the civics part of the citizenship examination. Mariela wants immigrants to know the civics part of the naturalization test consists only of 10 questions. However, the 10 questions come from a pool of 100 possible questions.

The civics questions cover United States history and government. The USCIS provides the list pf possible questions and corresponding answers to prepare immigrants for success. Several study aides also help you prepare for the most important part of the naturalization journey.

Here are some of the questions that you might see on your citizenship test:

What are the colors of our flag?

How many states are there in the union?

Who is the Vice-President of the United States today?

How many branches are there in our government?

How many senators are there in Congress?

What is the capital of your state?

When was the Declaration of Independence adopted?

What is the highest court in the United States?