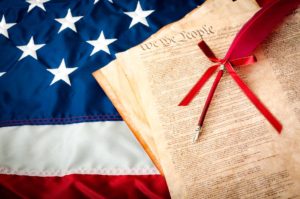 It does not happen often, but it is possible for a legally naturalized United States citizen to receive denaturalization. The chances of deportation have increased dramatically since the onset of the war on terror. Recent political events in regards to immigration have also prompted more requests for denaturalization

The most common reason for deportation involves lying about information put down on documents that comprise part of the naturalization interview. If the United State Citizenship and Immigration Service (USCIC) initially fails to notice lies or blatant omissions on a naturalization application, the federal agency has the legal  right to start a denaturalization procedure against anyone who has already received acceptance as a United States citizen. Some of the examples of applicant lies and omissions include failing to reveal a criminal background or lying about the country of origin. The United States places limits on how many immigrants it accepts from each country in the world.

If you refuse to testify before Congress after receiving a subpoena to testify in a case that refers to you performing subversive acts, you can expect the denaturalization process to begin. Subversive acts include threatening to harm a United States government official or trying to overthrow the American government. Members of subversive groups who joined the groups within five years of earning United States are eligible for citizenship revocation. Finally, if you became a naturalized citizen because of your military enlistment and then receive a dishonorable discharge within five years of enlistment, you can find yourself in the deportation line.

Starting with a formal complaint, the denaturalization process allows the defendant to respond to the complaint via participation in a trial. The defendant has 60 days to file an answer to the complaint. He or she might claim the legal action is based on incorrect data and information, as well as prove the case statutes of limitations have expired. The United States government has a high legal hurdle to clear to meet the criteria for initiating the denaturalization process. Prosecutors have a greater burden of proof than they do in typical civil case, but not as much of a burden of proof as we find in criminal cases.

What Happens if I Lose My Case?

You have the same right of appeal in a denaturalization case as you have for any other type of legal proceeding within the United States. The appeal of citizenship revocation often happens because the defendant’s attorney feels the court made one or more legal errors. Moreover, an immigration attorney might claim the defendant was set up to commit an offense that falls under the reasons to deport.

Another possible way to successfully appeal denaturalization is to claim the defendant was unaware of the activities of the organization under federal government scrutiny. For example, if you belong to a group that advocates for the overthrow of the United States government, but are unaware of such an advocacy, you might be able to successfully appeal your denaturalization case.

Denaturalization is a life altering event that deserves the finest legal mind to litigate. You cannot afford to go into courtroom by yourself and argue your case successfully. Contact a licensed immigration attorney to ensure you get experienced counsel to advocate your side of the story inside of a federal civil courtroom.