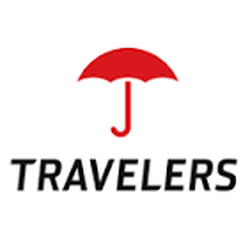 You get what you paid for allegedly is not a practice implemented by Washington Travelers.

Dawsey’s class action lawsuit also mentions that Travelers did not offer full compensation for body and interior structural damage, which caused an irreversible decrease in the value of his vehicle. According to court documents, Dawsey asserts Travelers should have covered the damage to his vehicle under the insurance company’s uninsured motorist property damage (UIMPD) provision. Dawsey also charges Travelers with breach of policy and the engagement of unfair business practices.

According to class counsel, eligible class members includes “all persons insured by a defendant-issued personal or commercial lines automobile insurance policy issued in Washington state who were involved in a vehicle accident between Feb. 23, 2009 and April 27, 2017 in which the vehicle sustained damage covered under the policy’s UIM PD coverage, and who also meet several conditions” The class action settlement website lists the condition, which might change during the final hearing. Compensation for eligible class members depends on the number of valid and timely claims submitted.

The class action settlement requires each claimant to provide the claim number that is on the notice sent to announce the end of the lawsuit. You do not have to submit any supporting documents with the submission of the claim form. The deadline to file a valid claim form is November 27, 2017. The judge who has preliminarily approved the Washington Travelers automobile insurance class action settlement for the case Dawsey v. The Travelers Indemnity Co., Case No. 3:15-cv-05188, in the U.S. District Court for the Western District of Washington has scheduled the final hearing on October 13, 2017. To learn what happened at the final hearing, visit the class action settlement website www.DawseySettlement.com.