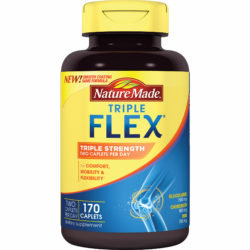 The United States has numerous state and federal laws that prohibit false and misleading advertising, as pharmaceutical company Pharmavite found out during a recent class action lawsuit.

Lead plaintiff Lorean Barrera charged supplements manufacturer Pharmavite LLC with making false and misleading statements on the labels and packages of the company’s glucosamine and chondroitin supplements. According to class action lawsuit documents, Pharmavite failed to deliver the benefits promised on the label. Moreover, Barrera asserted the collective health claims had no scientific data to back up the claims

The terms of the settlement require Pharmavite to create a settlement fund worth $1million, with the company giving eligible class members nearly $6 million in free products. Pharmavite also consented to stop using numerous terms for 24 months, including “rebuild,” “rebuilds,” “rebuilding,” “renew,” “renewing,” “renewal,” “rejuvenate,” “rejuvenates,” “rejuvenation,” and “rejuvenating.” The company used the terms to describe the health benefits of taking chondroitin and glucosamine.

A judge preliminarily approved the class action settlement on June 5, 2017. However, Pharmavite continues to deny the allegations, but the company agreed to the settlement to avoid the costs and uncertainty of a protracted civil trial.

According to class Counsel, eligible class members “include all U.S. residents who purchased one or more covered products for personal use) between May 1, 2007 and June 5, 2017.” The class action settlement website www.GlucosamineSupplementSettlement.com presents the lengthy list of covered products. Class members have until November 13, 2017 to opt out of the class action settlement or contest any of the agreement provisions.

Class members have until November 13, 2017 to submit a valid claim form. The judge presiding over the case Lorean Barrera v. Pharmavite LLC, Case No. 2:11-cv-04153-CAS (AGrx), in the U.S. District Court for the Central District of California has scheduled the final hearing on December 4, 2017. The class action settlement website will present a transcript of what transpired at the final hearing. Elaine A. Ryan from Bonnett Fairbourn Friedman & Balint PC represents the class counsel, while Stewart M Weltman from Siprut PC handles the legal responsibilities for the defendants.